Importance of accuracy when having prospect lists

What is Content Syndication and why is it important? 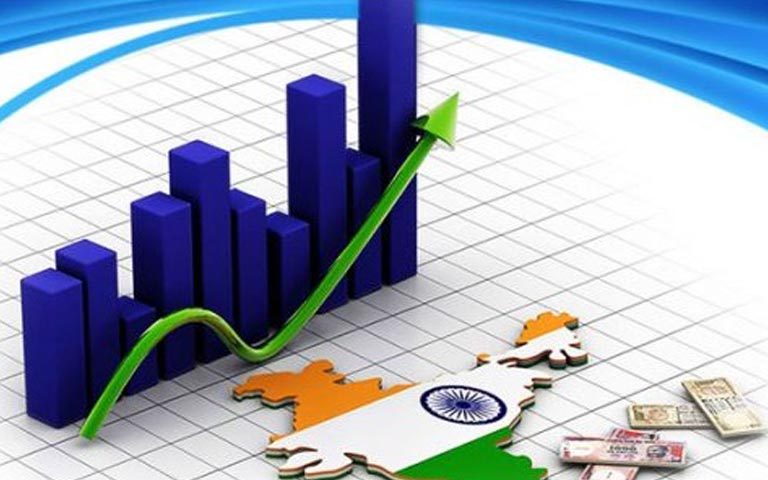 India’s journey on the economic track has been pretty impressive. It has emerged as one of the strongest economies in the past three decades.

With the rapid growth in all sectors, the GDP increased phenomenally. The purchasing power of an average Indian has increased multiple times.

The population, which was considered a negative aspect a few decades ago, is becoming the strength of Indian economy. Rapid globalization turns India into a lucrative and high potential market.

It is believed that the population has the potential of quadrupling GDP. It can catapult India into the category of developed nations in the coming years.

Industries can make use of this huge population into productive workforce. The manufacturing sector, service sector or industrial sector; everywhere there are opportunities.

Traditional sectors or newly emerging startups; there will be millions of workforce needed. Here are a few hot industries that will be expanding in the coming years. These sectors will accelerate economic growth and look for new prospects.

IT or Information Technology is considered a sunshine sector after 90’s. It has contributed greatly to change the image of our country. From a timid, slow-moving economy; we have transformed into a rapid-growing, dynamic economy.

If going by statistics, the Indian IT workforce is estimated to touch 30 Million by the end of this decade. These are NASSCOM figures. Hence, there is no reason to doubt it. Looking at such an enormous requirement, it is very clear that the IT sector will become the number one employer.

Whether it is an established IT company or a startup business, the need for new prospects will be enormous.  Looking at the outsourcing trends, IT is going to be the most lucrative career.

Don’t look it from the mobile telephony market only. Look it as the telecommunication market as a whole. It has several facets.

According to experts, still, the penetration in India is far low as compared to other developed countries.  With the increase in the enterprise mobility market in India, there is a tremendous business growth (and employment growth too) is expected.

If you are a startup company involved in the telecommunication development, infrastructure or services; it is a high time to look into prospects.

It is a fact that we are in the stage of telecom growth today where the developed countries were in the eighties. It means we have to travel a long journey.

Thus, there is a great scope for entrepreneurs and business owners.

Healthcare and wellness are going to be one of the biggest sectors in the coming years. Not only it will contribute to employment but boost economic growth as well.

Over the next decades, millions of new jobs will be generated in the niche. As the popularity of India increases in medical tourism, the emphasis on standardized services will increase further.

If you are a business owner in the medical sector, then look at the prospects carefully. You have to tap every possible business opportunity to enhance profitability.

When the economy flourishes, there is always an exponential growth in the infrastructure. Today, India is the fourth largest economy, and the pace of growth is amongst the top three in the world.

No wonder, we can expect that the infrastructure segment will be the cornerstone of the growth. Until today, it is a fragmented niche. Hence, it is quite difficult to estimate the exact size and valuation of it in absolute terms.

Similarly, it is difficult to assess the employment prospects exactly but looking at the increasing requirement of roads and highways, railway and aviation, power and energy; the potential is incredible.

If you are running a business that is directly or indirectly related to the infrastructure business, then looking for new business prospects would be helpful.

After the open economy and globalization, we see multinational players and global brands in the retail sector in India. Though the major chunk of it is still dominated by the unorganized sector, organized retail business is also growing in full swing.

If you are a startup business or medium-sized retail store, it is important to keep a close watch on the business prospects.

In the retail sector, losing a business opportunity is losing the business. Hence, you have to be alert and vigilant.

Experts say that retail business is another important niche that will be looking for new prospects.

With the increasing flexibility and economic reforms, the textile business shows a big boost. Not only big and established companies, but small and medium enterprises also offer a promising future.

Rapid industrialization, use of modern technology, and economic development can be considered three main drivers for the demand of good quality textiles in India.

With the increase in the paying capacity, people are ready to pay a higher price but do not want to compromise on quality.

Hence, it is furthermore important to look at the prospects so that you do not miss potential clients. Keeping a clean list of prospects is a great idea for getting a good business.

Planning and preparation are important when you build a list of prospects. When you are a budding entrepreneur, it is all the important to trap every possible business opportunity.

Experts say that Indian economy brings a lot of opportunities in the coming years. If your startup business falls into the category of most promising businesses, then you need to be very particular about managing the list of prospects well.

Manage the list in an excel sheet or use some sophisticated tool for it. Remember everything starts with making a list. The more accurately you make it, the better is the result!

There is no shortcut to success. When you want to achieve great results, you have to take pains for it. Research well and build your own prospects list. Don’t rely on readymade lists. It may not give expected results.

Influential prospects can take the business graph to incredible heights. 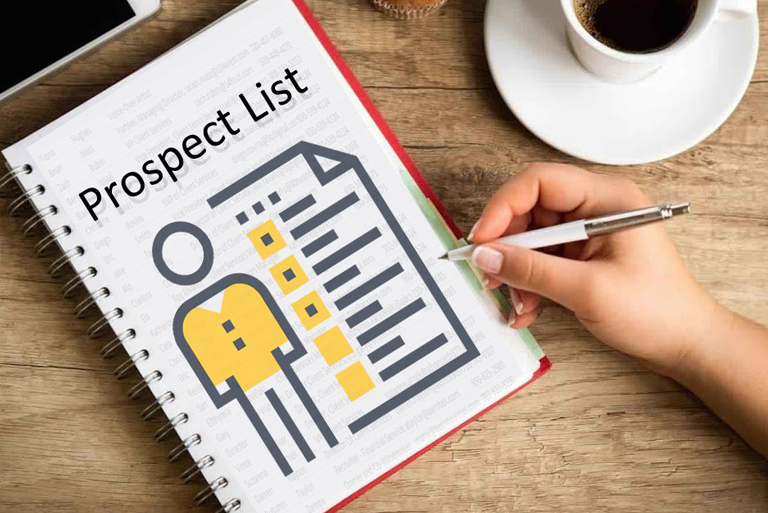 What happens when your sales team uses inaccurate prospect list and wrong contacts?

What are the next steps once a company receives a good accurate prospect list to call upon?